Mike is a Fractional CMO and co-founder of Zima Media, a digital marketing agency specializing in SEO and paid advertising.

“What makes Zima Media different is that we are completely decentralized, meaning we have eliminated overhead such as office bills, allowing us to offer affordable, quality digital marketing services to our clients—thereby lowering the bar of entry for small businesses. “

Due to the remote nature of Zima Media, Mike and his partner, Damien Bouvier, have been able to work with thousands of clients in every timezone across 80 countries and over 100 industries. They’ve built an entire business with just two people on laptops. They have also built a lot of automation into their processes, which have made them more efficient so they can handle all of their clients at once.

How it All Began

Going back to the playground, “warheads” candies had become an epidemic, leading to school bans, which created an opportunity for Mike as a young entrepreneur and he began selling them at recess.

After getting his start as a warheads salesman, he went on to have several successes and failures as an entrepreneur throughout his life. One of those failures was a startup with 25 people that crashed and burned. It focused on technology and development of websites. After that he realized that that particular industry did not come naturally to him, so he decided to start concentrating on what did: SEO and marketing.

From that epiphany, Zima Media was born—a consulting business he started on the side after that failure. With Zima Media, he had the idea of providing packaged, ready-to-go marketing services. With the innovations in technology and the advances of mobile devices, he felt the old agency model of clients spending hours on the phone just to get locked into a contract was going to become obsolete. He started offering some of these services on Fiverr in 2011-12 before giving up in a matter of days, which is something he now regrets. He decided to give it another shot back in 2014, and now, an entire consultancy around marketing analytics and generating web traffic through SEO both on and off Fiverr is built.

One is not knowing where the next customer is coming from. This used to keep him up at night and was a big reason he had to compromise and work for other companies while developing his business as a side-hustle just to eat and pay the bills. Working in 24 different time zones also has its drawbacks, and he often had late nights and early meetings in between his already busy schedule. The hardest thing was when he quit his stable job in Chicago at an agency in 2015. He relocated his wife, Iryna, and himself to Barcelona in 2016 to work remotely for a startup while still working on Zima Media as a side business. They had never visited Spain, they did not speak a word of Spanish. They were just two drifters, off to see the world.

The hardest day of his life was back in February 2017. He lost his job at the startup, he had no steady income, and he was living in a foreign country. He had to quickly bootstrap Zima Media into a REAL business. Six months later, his current co-founder, who was also his colleague from the previous startup, proposed going into business together. At first, they started their own company together, but then they realized how much traction Zima Media was getting and decided to work on building that. They haven’t looked back since. Over a year later, they now have a thriving business, they hired our first employees and they are completely self-funded and cash-flow positive.

Sitting in Port De Soller, Mallorca, Spain looking out his window at the mountains or going for a daily walk does the trick. Strolling down to the Mediterranean sea with his wife and son, that’s a “60-minute vacation”. That is his happiness. What keeps him motivated professionally is when he walk uphill from his house and looks back. He can see the Mediterranean peek out from the trees. He can see how far he’s come to get to this point, and pushing himself a little further to reach the top is his goal every day. “It’s important to be self-aware and know that you are winning and realizing that “getting to the top” is less of a metaphor and more of a station in your career.”

His workday is from 8 AM to 8 PM. In the morning he has video calls with clients near the Australian Eastern Daylight Time zone. Then, he moves to daily planning, execution and handling the day-to-day responsibilities. He eats in the afternoon and then switches focus to clients in the U.S. time zones. Each day, he finds time to go for a daily walk with his family and surround themselves with the natural beauty of the island.
Facebook Linkedin Instagram Twitter Youtube

‘5 Marketing Mistakes That Are Costing You Money’ 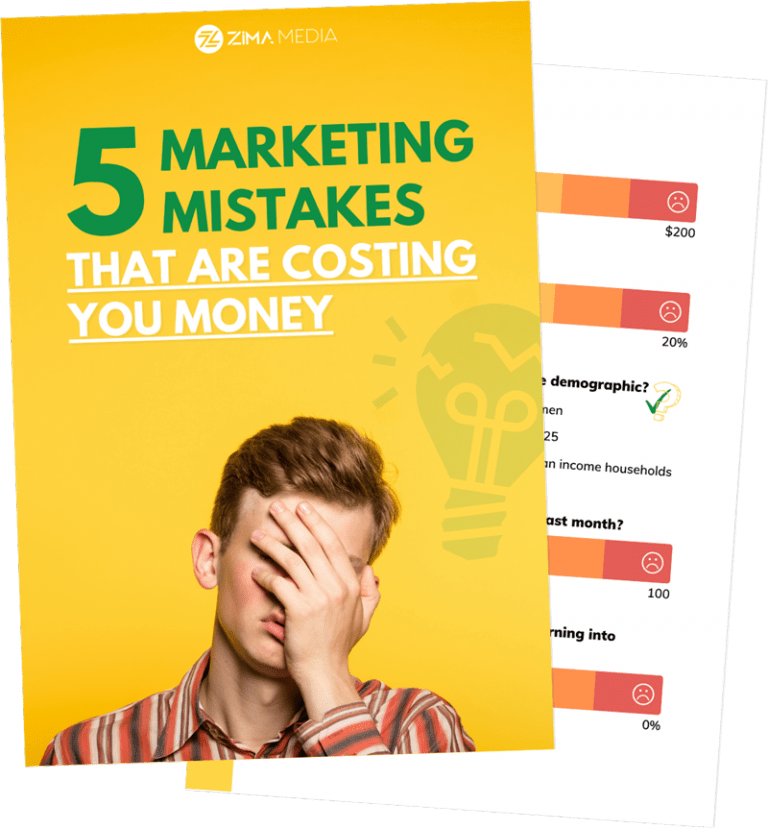 Get your FREE Copy Now!